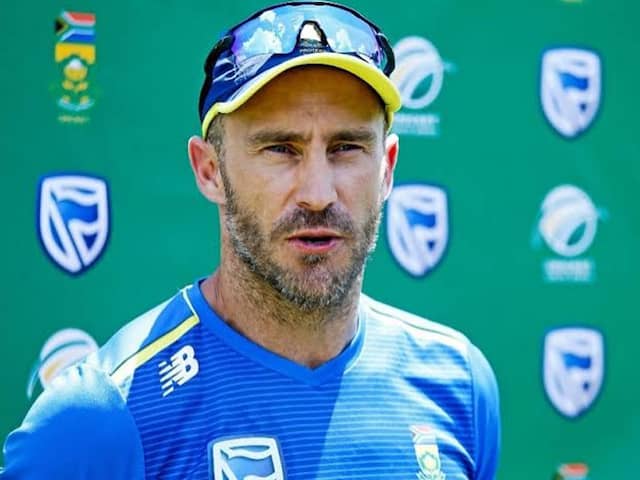 Faf du Plessis auctioned one of his IXU bats and his Pink ODI shirt from the 2016 ODI vs England.© AFP


South Africa batsman Faf du Plessis on Saturday announced that he will be auctioning one of his bats and a pink ODI jersey in order to raise funds for feeding vulnerable children from local communities. Du Plessis was nominated by his former teammate AB de Villiers to donate the items in order to raise funds for feeding the underprivileged. “As you all know the COVID-19 pandemic has had a devastating effect on a lot of people, and we’re experiencing these effects first hand in South Africa,” Du Plessis wrote on Instagram.

“I’ve donated one of my almost new IXU bats and my Pink ODI shirt from the 2016 Pink ODI against England that will be auctioned on All in Africa’s website,” he added.

Du Plessis has decided to auction one of his new IXU bats and the pink ODI jersey that he wore against England in an ODI match.

The former South Africa skipper had also been involved in charity work amid the pandemic and he had raised funds to feed kids in South Africa.

The right-handed batsman is representing the OUTsurance Kingfishers in the match.